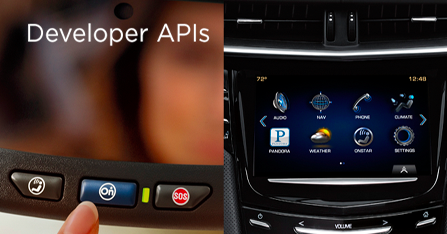 We have been working with GM Vehicle development platform since Jan 2013. As one of their early program adopters, we got exclusive access to their backend as well as direct contact to their tech and support teams. We spent some time developing some beta apps and trying them out on their systems. This gave us a chance to access their features and put them to real world use and see what we could do with their vehicles.

GM has just launched their own app store, and finally going to be beginning to publish apps to their vehicles. This is great news, as we have been patiently waiting for them to publicly launch the program. As one of the newest markets for apps, I see this is going to be a exciting year and hopefully a profitable market segment int he next 2~3 years ahead. Keep an eye out for some new apps coming out in GM vehicles as we work on things over the next few months.